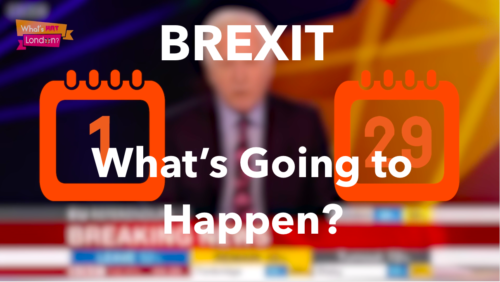 It is exactly four weeks until we leave the European Union on March 29th, how time flies. But as we draw nearer to exit day it still remains unclear what, if any, kind of Brexit were going to have. Luckily, we have a guide to the most likely scenarios going into the final weeks of Brexit.

Firstly, a Second Referendum looks dead in the water despite Labour giving its backing. Many Labour MPs in leave areas will not vote against their constituents wishes and there simply aren’t enough defectors from other parties to make up the votes.

Likewise, No Deal almost certainly looks dead at least for the time being. There are only 100-150 MPs in the commons willing to back No Deal with the rest fearing catastrophic economic damage.

The biggest question marks are over May’s Deal which we will not know about until the last second. The EU is refusing to change the deal itself but is willing to give non-binding assurances on issues which are putting MPs off. Whether these assurances will be enough to convince the MPs needed to pass the bill remains to be seen, but rest assured it will be very close.

Should May’s Deal fail then we’re left with the most likely outcome, a Delayed Brexit. This means article 50 will be extended while enough changes are secured to pass May’s Deal. Although the extension comes with the small caveat that it must be over within three months or UK citizens would have to vote in EU elections, which would be embarrassing to say the least.

If there’s one thing the general public can agree on it’s that they’re sick and tired of Brexit, but with no deal and a people’s vote seemingly off the table it looks more and more likely we’ll be leaving with some form of May’s Deal. The real question is when?