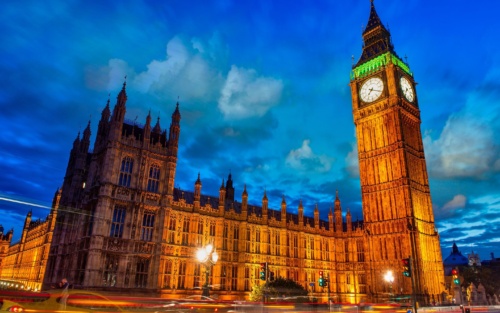 BRITAIN’S most famous clock tower is to fall silent until 2021 while urgent repairs are completed but here are a few interesting facts about this popular Westminster tourist attraction that looms over the Houses of Parliament.

The bell was cast in Stockton-on-Tees 161 years ago this same month, weighing in at a formidable 16 tons. It has proved a significant month in the bell’s history as in August 1976 came the first ever major repairs after 100 years straight when the chiming mechanism seized up. And again in August 2017.

Contrary to popular belief, it is the bell and not the tower that is called Big Ben. It would have been named Royal Victoria after Queen Victoria if it were not for the suggestion of an MP during a Parliamentary debate. He preferred the Big Ben nickname of Benjamin Caunt an otherwise unremarkable heavyweight boxer of the day. This eighteen stone Nottingham pugilist went by the nicknames Big Ben and the Torkard Giant.

Caunt became Heavyweight Champion of England in 1841 and fought on until 1875, around the time of the bell’s first historic chimes. This during an era where 90 round fights were commonplace. It was during one such fight that Caunt fought to the point of exhaustion, virtually at a standstill and then allegedly went down without a punch being thrown. This didn’t please the mean-spirited crowd who had paid good money and it more or less signaled the end of his boxing career.

However, this colourful version of the name’s origin is contested by the other Big Ben, Westminster’s Chief Lord of the Woods and Forests Sir Benjamin Hall, himself something of a gentle giant. Back in the mid 1800s after one of his typically long parliamentary speeches about the new clock tower a voice from the chamber shouted: “Why not call him Big Ben and have done with.” But by most accounts it is the boxer’s moniker that is the likeliest origin of the name.