Bankside And South Bank, Tips For Summer Along The River 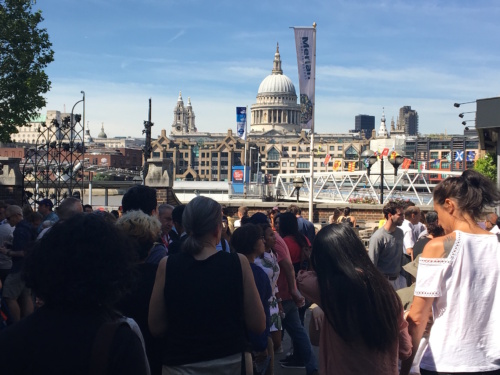 Bankside and South Bank can both lay claim to being the cultural heart of the Thames. Expect tourists and UK-based visitors to flock there this summer to savour some of the galleries, restaurants, theatre, cinema and riverside sights on offer. Luckily, only a flight of steps separates one from the other so you can quite comfortably cover both in one day.

The name South Bank was first used during the Festival of Britain in 1951. The festival was launched to showcase Britain’s technology and science and shake the nation out of post-war gloom and austerity. The heavy investment and regeneration also shook life into what would become a new cultural heart of the capital on the south side of the river.

The South Bank Centre was constructed especially for the 1951 festival. With the pomp and celebration of the festival in mind, it became Europe’s largest arts centre, but sells itself not just on size but reputation. Within it lies the 2,900 seater Royal Festival Hall, home to the London Philharmonic Orchestra. It has the distinction of being the first post-war building to be granted Grade 1 listed status. The brutalist architecture of the surrounding buildings catch the eye when out and about looking for the Royal Festival Hall, Purcell Rooms or Queen Elizabeth Hall. This concrete utopia look was championed by the architects sent to regenerate the area in the decade following the 1951 Festival of Britain. 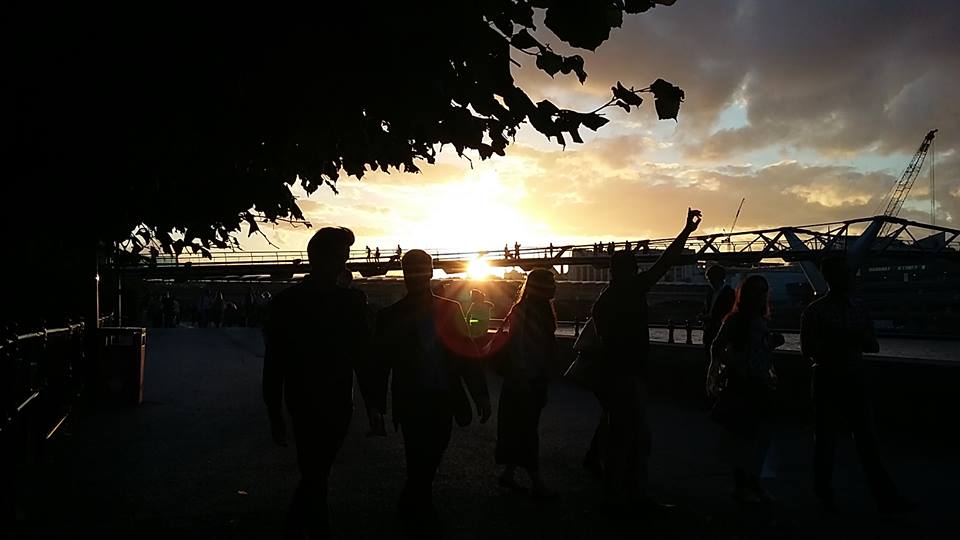 Art lovers won’t have far to look to find the Hayward Gallery and a number of lesser known commercial galleries buzzing with weekly private views, including Gallery@oxo. The owners are not just famous for Oxo Gravy but also serving up photography, design and architecture exhibitions with similar flavour. The BFI Southbank is much more than an arthouse cinema, it’s a magnet for cinephiles – filmmakers and film buffs alike. Its British Film Institute National Archive is free if you want a quick browse (well not so quick, as it has over 275,000 titles). The BFI London IMAX is just around the corner as well so you’ll be spoilt for choice for cinema beyond the staid high street variety.

The National Theatre is a renowned venue for those seeking everything from family-friendly entertainment to quirky festival performances and presents 20 productions a year. Notable for its brevity, All Kinds of Lingo is only 20 minutes long and an immersive, holographic performance celebrating West Indian culture. It would at first glance be categorised under the latter description (quirky) but comfortably fits both. The theatre’s terrace bar is a South Bank favourite and the perfect antidote to a sweltering summers evening when your legs grow tired of riverside hiking. Alternatively, summer riverfront pop up The Hot Locker has won pub and bar awards for serving up a variety of local, British and international beers. They are back this year at their familiar spot under the Hungerford Bridge.

Festival fans will appreciate the Underbelly Festival‘s programme of 1-hour cabaret, musicals, circus, comedy and music, lighting up the riverfront until September 2019. This pop-up festival also has the largest outdoor bar in the capital. The London Eye is a popular hotspot, fed, as it is by the nightlife-loving hoards drifting over Embankment-side, or from Westminster Bridge and leaking out of the arcades around County Hall.

Accessible through numerous transport links, rail and Tube-wise, there’s London Bridge, Waterloo and Southwark but Blackfriars will put you yards from the Tate Modern. The looming architecture of the former Bankside Power Station is unmissable. This landmark gallery is a must-visit, with modern masters and contemporary names represented in equal measure. Can you name another gallery in the UK that could comfortably exhibit Louise Bourgeoise’s Maman, a dinosaur-sized spider sculpture? Not too many. The Tate Modern once managed it in its front gallery!

During the Elizabethan era, Bankside was a hot spot for unlicensed plays and it has carried on this tradition today with the ‘licensed’ Globe Theatre having pride of place. The original Globe thrived Bankside in the 16th century, the new version was built in 1996 reconstructed on the exact model of the 1556 original complete with thatched roof, outdoor standing space and upper and lower seated tiers for the more well off clients who want partial shelter from the elements.

That thatched roof probably isn’t a good idea. The original Globe burned down in 1613 and thatched roofs were banned around that time. There are guided tours for those who want to know more about the illustrious history of the original, or facts and figures about the new one and its connection to Britain’s greatest bard – William Shakespeare. By the way, the Old Vic and Young Vic theatres are not too far away either! 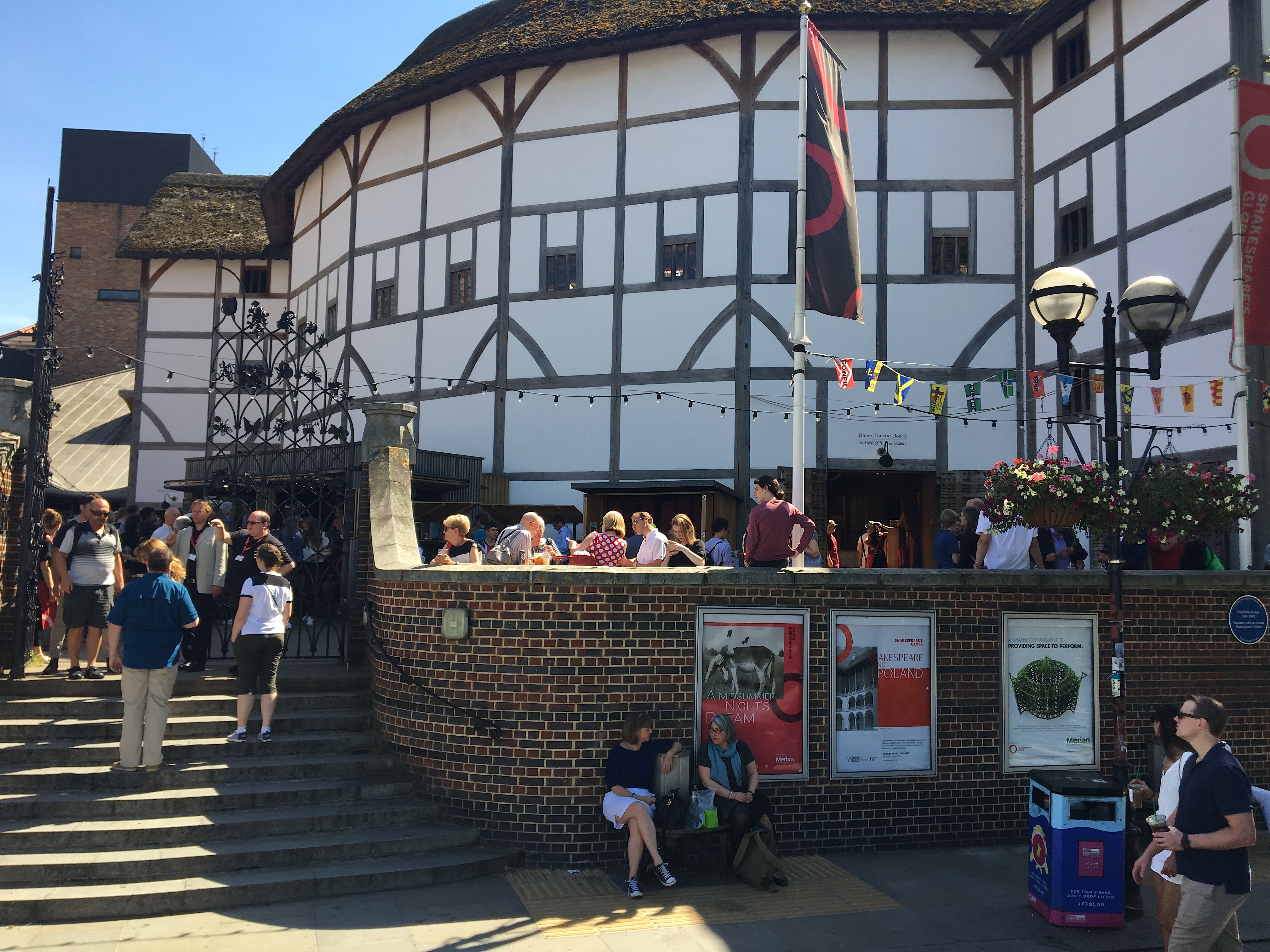 Ever wondered where the slang term for prison, ‘the Clink, came? Well the Clink Prison existed from the 12th Century until 1780 and has now been converted into the Clink Museum. Discover more about the gruesome medieval torture that awaited those who plotted against the Crown. It’s easy enough to find with an address like – 1 Clink Street, Bankside, London SE1 9DG. Also look out for an exact replica of Sir Francis Drake’s galleon the Golden Hinde. Family tickets are £12 or £5 for an adult and £3 for a child. Stunning views of St Paul’s over the river from The Founders Arms where you can watch the river traffic of cruise fleets and sightseeing catamarans go by.