Home  /  Editorial, Features, People, Places, Sports & Fitness  /  As Sport Is On Hold, eSports Emerges As The Only Contender

As Sport Is On Hold, eSports Emerges As The Only Contender 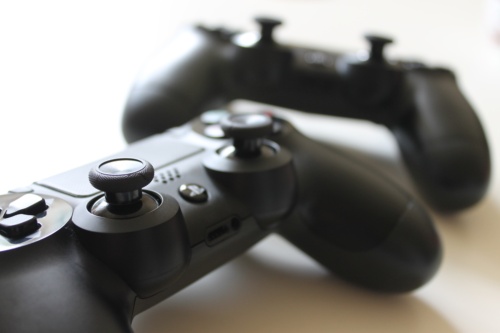 Sports as a whole has essentially been cancelled for what feels to many like a lifetime. Football, rugby you name it has ceased until the pandemic subsides, as the audience has had to retreat for social distancing and avoiding any gatherings of any sort. We saw professional games first take steps in social distancing with banned hand-shakes prior to the game, before some games played behind closed doors and ultimately, postponed indefinitely.

During the increasing severity of Covid-19 spreading throughout the world, sport continued for some with horse racing and the Cheltenham festival continuing its 4-day festival attracting attendances of up to 60,000. But football halted to a stop for all shortly after and even so did grass roots football after all professional leagues were suspended.

But Leyton Orient’s social media team saw a way of giving the entertainment and sport that everybody was missing, thus Fifa Ultimate Quaranteam was born. Just days into the absence of football, twitter accounts across the world were taking part in entertainment to pass the time to fill the void of football, fans saw twitter accounts take part in connect-4 via tweets and that’s where Leyton Orient saw the opportunity to create something bigger, and all for charity too.

Leyton Orient wanted to take it a step further and came up with the idea of a Fifa tournament. What started out as a little idea has become a real hit with fans and clubs wanting sport back in their lives. The tournament attracted 128 teams from across the world with the likes of Premier League teams, Australian and even MLS sides.

If that wasn’t enough, the tournament has pitted professional footballers against each other, with some opting to put their best foot forward with pro Fifa players representing them instead. Because of this it has gained huge traction with eSports, which was already becoming the fastest growing sport. Twitch, the streaming app and site, has hosted all games so far with players streaming their games online on their own accounts for fans to tune into.

The tournament as expected has already brought up some of the best games of Fifa and surprises to boot. That could be due to the lack of sports, though. But only during a pandemic could we possibly see the likes of Newcastle take on FC Sion. Or Andros Townsend of Crystal Palace play against Reading FC’s Tom McIntyre.

Todd's #UltimateQuaranTeam journey has come to an end 😔 Thanks to all who tuned in to our matches!

It has become one of the only sports to watch for many, as Horse Racing fully ceased in the UK last week as Irish racing decided to postpone its one meeting a day due to the coronavirus. As the social distancing is in full effect and a lockdown in place to restrict outside movement, the only possibility for any sport to succeed would be anything to be done from and that’s where eSports and in this case, Fifa has taken over. Audiences desperate for sport are either at home too and needing a small distraction from the seriousness of the pandemic.

At this stage though, the ‘Fifa Ultimate Quaranteam’ tournament is nearing its finale with the Semi-Finals to take place from tomorrow on Wednesday 1st April and the final to be played on Friday 3rd April.

As it stands there is only one London team left with QPR just missing out for a place in the final eight teams after losing 1-0 to the Dutch giants, Feyenoord, leaving Brentford to play today to see if they can book their place in the last few, with their game against French club, Lille.

Tagged with:     Fifa, Football, In The News, Sports, Trending