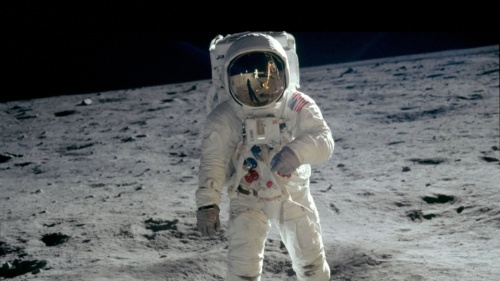 Celebrating the 50th anniversary of the Apollo 11 Moon landing.

On July 20, 1969, Commander Neil Armstrong made history as the first man to walk on the Moon and uttered those celebrated words: “That’s one small step for man, one giant leap for mankind.” Armstrong and lunar module pilot Buzz Aldrin raised the American flag and began collecting the first lunar rocks for geological research. Thanks to director Todd Douglas Miller’s movie Apollo 11: First Steps Edition, this and other rarely seen 70mm footage of the launch, moon landing and jubilant return can be viewed at selected museums and includes never-before-seen shots from the NASA archive.

As part of it’s Summer of Space programme, the Science Museum, South Kensington is screening a specially edited version of the movie in their fittingly grand IMAX Cinema. At 24.3m metres by 16.8, the Science Museum’s screen is one of the largest in Europe, with custom built point-source surround sound to complete a perfect viewing experience. It’s exactly what’s required for a historic mission of this magnitude. You’ll find the Science Museum the ideal environment in other ways. You can even have a browse around their other Summer of Space exhibits before or after the film, turning a special anniversary into an unforgettable one.

You soon notice the IMAX audience on the edge of their seats at the opening credits. Probably not a match for the sense of expectancy generated by the actual Apollo 11 countdown, 50 years ago, but not far off. In fact, the entire movie is countdown-focused with the days, hours, seconds ticking away on the screen. The crew departure statuses from command centre are similarly so. This ramps the excitement as you soak up the atmosphere in ‘real-time’ and share the emotions of the flag-waving crowds and the steely reserve of command control (Houston and Kennedy).

The selection of black and white photos showing astronauts Neil Armstrong, Buzz Aldrin and Michael Collins relaxing with family members are a reminder that at the root of great human achievement are human beings with normal lives. The footage of crowds gathering close to Kennedy Space Centre, Merrit Island, Florida include picnicking families. Love of family and patriotism were foremost values in 1960s America and highlighted in this film. 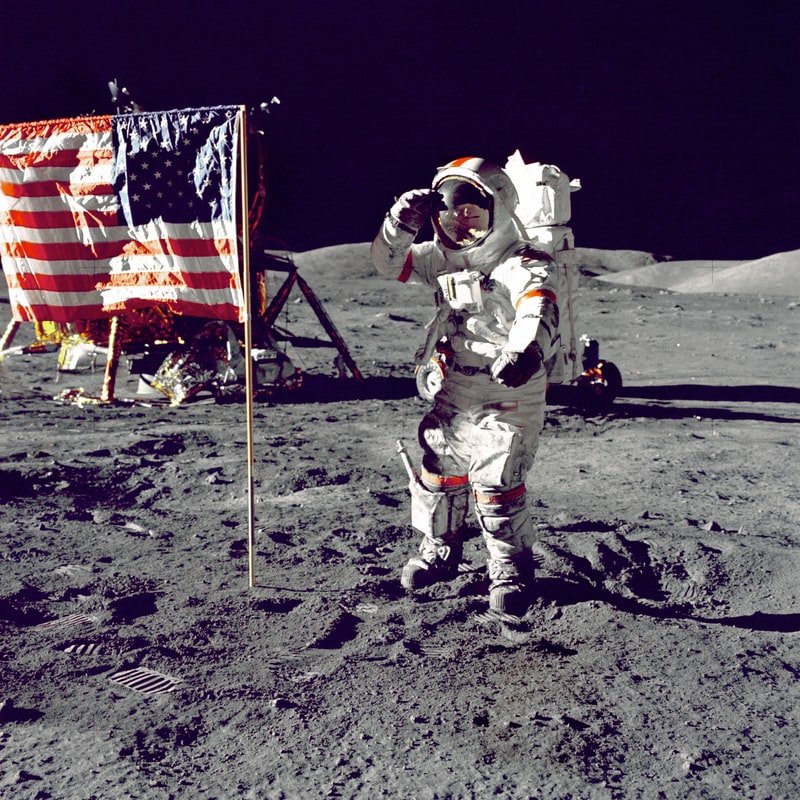 Once the Apollo 11 is fully loaded with propellants we are taken through the official checks. There’s archive footage of Kennedy Space Centre and Mission Control Houston communicating with each other until power transfer is complete and the Saturn V rocket is 60 seconds from an epic, historic lift off. The actual ignition sequence is captured from many angles to stunning effect

One notable camera angle directly underneath the rocket catches it roaring from its support and powering into space. There are also some super-powered close ups that can only have come from mini cameras attached to the support and the rocket itself. It’s at this apex point that the film score hits a heartbeat crescendo that even drowns out some of the important command centre dialogue but at that point it’s no longer necessary to follow the commentary. The history-making visuals are enough.

The footage everyone’s waiting for are the blurred, grainy first shots of the Moon, which is lit up beautifully pockmarked as the Lunar Module undocks from the main Command Module and descends onto the surface. A diagram on screen shows you exactly how the docking process will unfold. Again, the countdown of approximate altitude in feet during the docking process causes the heart to race. “The Eagle has landed”, announce command centre (the Lunar Module is nicknamed ‘The Eagle’). We are informed that Neil Armstrong’s own heart rate is 150bps at touchdown and an incredible 190bps as he begins to descend the ladder to take the first steps to the Moon’s surface. Unsure of his position on the rungs, command centre reminds him: “Three small steps and then a long one.” And, of course, that’s soon followed by Neil Armstrong’s: “That’s one small step for man, one giant leap for mankind” as his boot touches down for the first time.

The flag-on-moon moment will have all eyes glued to the screen, not just space enthusiasts but also conspiracy theorists looking for telltale signs of staging such as a fluttering flag (wind cannot exist in the Moon’s vacuum). Actually the flag doesn’t flutter. You can see where the astronauts have propped up the flag to make it visible to the cameras because there is no wind. The photographs of Aldrin and Armstrong on the Moon are powerful because of their simplicity and context.

As you can probably guess, the footage of the landing, and the raising of the flag are the cue for global celebrations captured in glorious 70mm film. 600 million people watched the event worldwide. The jubilation is matched only by the equally joyous reaction when they return with President Nixon’s smile expressing the pride of a nation. However, the movie closes with the wise words of a more favoured US president, for it was President Kennedy’s speech to Congress on May 25, 1961, which first set the US on this space race which culminated with the historic moon landing.