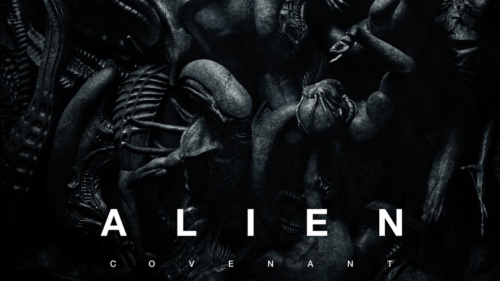 Paradoxically, the only problem with Alien Covenant is it’s a return to the great and familiar form of Ridley Scott’s successful Alien franchise. The departure from the philosophical conversations about the origins of mankind set in the Alien prequel Prometheus is to some degree an easier way out if you can revert to that taut, sci-fi suspense we are all hopeless fans of.

Michael Fassbender plays both David, the robot from Prometheus, and Walter an updated, modified more obedient model. One hopes that ten years on David, who has been abandoned on the Engineer planet since the last failed mission (which the Covenant is unaware of), will have some enlightening news regarding these cosmic Engineers who may have created humans. He does have news regarding creation but takes it off-kilter and back into the heart of nasty, vicious facesucking Alien territory. David has also developed a sudden taste for poetry recital but can’t tell his Byrons from his Shelleys.

Few will criticise this return to type because the action is so well executed, however, the sublime talents of Fassbender, – (who sends a chill up the spine as both robot models regardless of whether the virtuous (Walter) or villainous (David) – and also Katherine Waterson as the Covenant’s second in command Daniels would have thrived on a script that took it away from familiar territory and deeper into the enigma of the Engineers.

Prometheus, of course, was a Greek Titan who was punished when he stole fire from the Gods which he sought for the betterment of mankind. In this sequel to the prequel, we understand David represents Prometheus but instead turns his nose up at the idea of using all this newly acquired knowledge for the preservation of humankind and the Covenant ship seeking colonies to save a dying planet. On the other hand, experiments to breed Alien creatures that ravage everything in sight just might prove worth David’s lab-time.

Expect every character you are warming to, get chomped by these virus-like critters just at that critical point of empathetic connection – and this happens time and time again just to keep you on your toes. This, at least, is an attempt to shift audiences away from the cinema they feel comfortable with. But not enough to leave you with the feeling that this is just another good sci-fi action movie that could have been so much more.