A Tour of JMW Turner at the Tate National 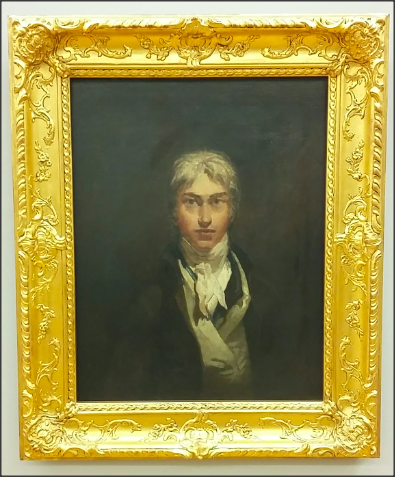 Artist Joseph Mallord William Turner is regarded as an undoubted national treasure and along with Constable probably the most recognisable name in the history of British art. His status as a master of landscape painting reflected by the Tate National’s guided tours which walk visitors through the evolution of his career from 1789 to his death in 1851. Running everyday at 3pm sharp, tourists and Turner aficionados alike will find it an informative addition to their exhibition itinerary.

Even before we begin the tour we are briefed about how Turner bequested all his 300 oil paintings and 20,000 works on paper to the nation after his death, inevitably to national galleries such as the Tate. One could probably have guessed that bit of info but when told that American artist Mark Rothko was such a fan of Turner that he also wanted his Seagram murals bequeathed to the Tate in the same way, then that’s a new one for the notebook.

And so the tour begins. The first painting we are shown, Buttermere Lake, with Part of Cromackwater, Cumberland, a Shower (1798) is an example of how Turner’s early work was dark and gloomy. A hint of a rainbow in the background and reflected in the lake, the only expression of light in this particularly overcast landscape. In the same year he painted his famous self portrait when aged 24, a visual reference to the Turner who had just been made an Associate to the Royal Academy of Arts. He had been studying with them since the age of 14 – such was his prodigious talent. By 1802 he would become a full member.

The Academy, we are told, greatly influenced his style with biblical, classical and literature themes dominant under the stewardship of its president Joshua Reynolds. The stylist legacy Titian and Poussin loomed large over the Academy and richly rewarded its successors. Turner’s apprenticeship, in this respect, was not overlooked by the prosperous art buying community who eagerly sought his work. His commercial success was so considerable that he could even afford to run his own gallery. Bearing in mind his contemporary Constable only sold 20 paintings in England during his lifetime and didn’t become an Academy member till age 52, the influence of this great institution is not to be underestimated.

Turner’s first major trip abroad, crossing the Mediterranean in 1819-20, took his art in a new direction. The gloom of previous canvases would eventually be lifted by the sun-scorched bright lights of the Med. The contrast can be seen in his 1812 painting Snow Storm: Hannibal and his Army Crossing the Alps which still clung to his trademark darkness despite previous European trips researching the piece. In 1804 during a lull in the Napoleonic Wars he chanced a journey to the Swiss Alps and used it as his visual blueprint. Hannibal is not depicted in the painting but the dramatic scenes of his advance are. Hannibal was one of Turner’s inspirations, hence the theme. We are informed that the snowstorm had been drawn in his youth and adapted for this particular painting. Man against Nature would become a recurring theme in his work.

The largest Turner painting on show Richmond Hill, on the Prince Regent’s Birthday (1820) is a watercolour of a society picnic. Apart from the fact that at 1800 x 3346 mm it is one of the largest he’d ever done, it also held special significance because it celebrated both his birthday and the Prince Regent’s on April 23rd. Also its grand scale and regal subject matter may have been part of an elaborate plan to get his first royal commission, because despite his prodigious success this had been a long time coming. Here, as with many things where success was concerned, this delay was merely a premature blotch on the canvas of his remarkable life.