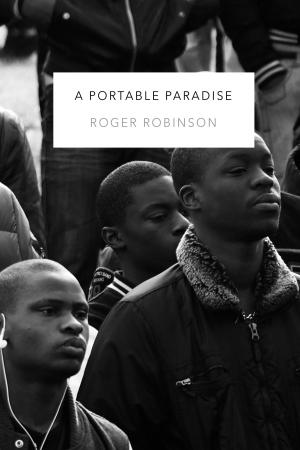 British-Trinidadian poet Roger Robinson‘s winning of the £25,000 T.S. Eliot prize took the literary world by surprise. None of the London bookshops had a copy in stock a day after the announcement and there was a seven-day wait for the next order from the publishers. This apparent oversight is intriguing. He has an impressive pedigree as a poet; his first anthology The Butterfly Hotel was shortlisted for the 2012 OCM Bocas Poetry Prize and he’s produced regular poetry pamphlets amongst his other literary works and spoken word performances.

Robinson has little of the showiness of his counterparts and that may explain the dark horse factor. His work shows a preference for poignant simplicity and understatement rather than the kind of wordy showmanship more tied to thesaurus than soul. A Portable Paradise gives words to the unspoken and unspeakable in a way that truly sources the soul. You’ll find many of his poems are about the Grenfell Tower disaster, he presents this sensitive subject in a relatable way without pandering to the diktats of contemporary form and style. But he also has a Slavery Limerick placed between two of his most solemn poems about black history.

Bill was a slave from Nantucket

who stole a bearskin and a musket.

he heard Stop where you stand

put up both your hands.

But he zigged-zagged and ran

and said Fuck it.

It’s one of those anthologies that is difficult to put down once you start, even if you are used to dipping in and out of such books when the fancy takes you – on the train – on lunch break. Don’t be fooled by the simple, unassuming book cover. This may be one of those front to back cover reads for reasons not immediately obvious but perhaps unconsciously tied to the national outpouring of grief over the Grenfell Tower disaster.

Not all of the poems are about the disaster but the likes of The Father (pg.15) and Dolls (pg.18) are a jolt in the arm and a heartfelt reminder of the real pain of those closest to the victims and spoken in a voice from someone seemingly an arms-length away in the community. Close enough to hear their cries, complaints, positive pleas and fashion powerful verse from this proximity. Or perhaps a more distant observer so skilled to tune in to their grief. 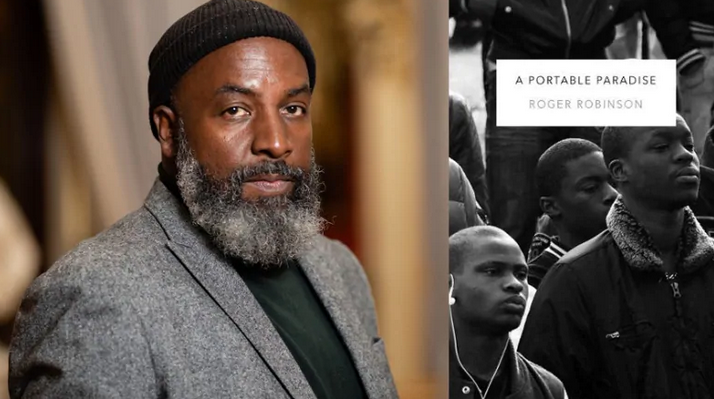 Robinson lives in both Trinidad and London and his ties to Brixton are versed in poems such as Walk With Me (pg.33) where he speaks to the younger generation.

I walk through Brixton with a young man

It begins. What follows is a one-way conversation with said male in the flow of spoken word performance but with allegory beyond mere avuncular concern. There’s a curious reference to a river that once flowed under Brixton – The Effra. He gives it almost fabled, mystical colours but this river historically existed. Queen Elizabeth once sailed along this river to meet Elizabethan actor Edward Alleyn in South London, and Robinson continues:

There is a river flowing called Effra

A black and powerful river coursing without light

That one hundred and fifty years ago

royalty would sail down this river

in their best finery into Brixton.

And beyond this metaphor of a hidden, spiritual river is a reminder that we are not our past, not our history. Brixton has moved on even though it is on some unseen level tied to what happened yesterday, last year even centuries before.

The titular poem on the final page A Portable Paradise (pg.81) speaks of hope, faith and much use of the senses other than the visual to anchor dreams in a certain reality. A world away from the other longed for Paradise (pg.65). The latter, questioning the universal and theological, the prior one much more sentimental and personal.