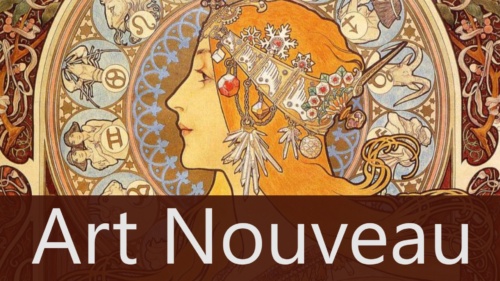 Confused by all the art movements which emerged from every significant aesthetic development since classicism? Does the ‘neo’ and ‘faux’ labels prefixing every new offshoot leave you flummoxed? Here’s an A-guide to the most commonly used terms and a list of the London galleries where you can see displayed examples.

Abstract: This refers to art which is not representational of how the subject matter appears in real life. Also, the inspiration can be a subject with no physical form or existence outside the imagination of the artist. Russian artists Kazimir Malevich (1879-1935) and Wassily Kandinsky were among the first to use purely abstract methods. Malevich painted geometric shapes in disparate states of order and his Black Square 1915 is just that – a black square. This painting also led to yet another art term when the word ‘minimalist’ was used for the first time to describe his work. A visit to the Tate Modern will highlight how Black Square provided the groundwork for later artists such as American abstract expressionist Mark Rothko whose Black on Maroon 1958 would build on this minimalist aesthetic.

Abstract Expressionism: The 1940s and 50s saw a number of American artists labelled together under this umbrella term. However, the spirited and spontaneous drip paintings produced by Jackson Pollock were a world away from the moody introspection of Rothko’s work. One quality they do share with Willam de Kooning, another member of this New York School, is a desire to source the unconscious in an unfettered way. De Kooning was notable because his later work, such as the Woman series, tilted towards representation in a way Pollock or Rothko never did. The Tate National Rothko: Room 3: The Seagram Murals

Agitprop: In 1920 the Soviet Communist Party created a Department of Agitation and Propaganda to shape the minds of the masses. The term agitprop comes from ‘agitation’ and ‘propaganda’ and describes any slogans and poster-type art with an ideological emphasis. The prominent constructivist artists and social realists (yes, two more terms!) of the period contributed much to the agitprop legacy. Today it is used to describe any creative work that is culturally politicised. The Royal Academy Revolution: Russian Art 1917-1932, 11 Feb-11 April 2017

Art Deco: Emerging in the 1920s and 30s in Paris and Brussels, this movement covered not just visual art but architecture, fashion, crafts and even household items such as vacuum cleaners. Its name is a shortened version of Arts Décoratifs; – the full title was the Exposition Internationale des Arts Décoratifs et Industriels Modernes, a Paris event which caused waves in 1925 and launched this new movement. Stylistically, there’s an emphasis on the streamlined and geometric but throughout a glamorous, sophisticated luxurious feel which retains some qualities of the more indulgent Art Nouveau period that came before. The Victoria and Albert Museum Art Deco Collection

Art Nouveau: Although originating in England in 1890, it’s French name sprung from the Parisien galleries that seized the zeitgeist at its inception. It soon spread throughout Europe and the USA, taken by its flowery, fairytale-like imagery and the plant themes and undulating forms from the natural world. By the time it hit Germany the name had changed again to Jugendstil. Toulouse-Lautrec, Victorian textile designer William Morris and his artist daughter Mae were heavily influenced by this style which reached its zenith in 1910. So take a trip down to the William Morris Gallery May Morris: Art and Life, 7 Oct 2017 to 28 Jan 2018