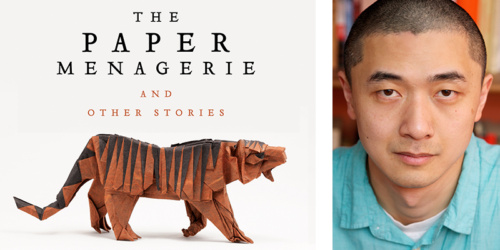 What’s Hot London? Magazine is inviting writers to send in their short stories to be published in forthcoming magazine editions. The selected short stories will also be longlisted for our 2017 short story prize. Each story must be 1,000 words maximum and London-themed in any way you see fit.

Make your submissions as eye-catching for the selectors as possible. Much has been said about how catchy blurbs help sell creative work but titles do so as well. Titles are not merely labelling they are also part of the complete parcel luring the reader in. Sometimes they are subtle and stirring, sometimes curious and bizarre. And on that point here’s a list of 5 short story titles that do just that.

The Paper Menagerie (Ken Liu): This much-decorated author has already become the first writer to win Hugo, Nebula, and World Fantasy awards for his short story The Paper Menagerie. Scooping the three most prestigious science fiction awards is no mean feat!

The Bus Driver Who Wanted to be God (Etgart Keret): This Israeli writer uses his background in the midst of the Middle East conflict in his work but also sources the mundane and the macabre. A bizarre selection of work by an offbeat writer who makes an aesthetic out of comedy and tragedy.

Bhenchod (Satpal Kaler): This short is more than just an account of the funeral of an estranged father. The distance and grating coolness perhaps reflects the reality of that father-son relationship. The unflattering title is a swear word used by the father to chastise his naughty offspring. Published by Malaysian publishing company Fixi in their Little Basket 2017 anthology of short stories.

Pipeline to Pluto (Murray Leinser): Humans have colonised Pluto the farthest planet in our solar system. Smugglers capitalise on the umbilical link to the motherland by helping stowaways from earth resettle. These criminal cargo ships are the pipeline referred to in the title.

To Say Nothing of the Dog (Connie Willis): It’s 2057 and a time machine at Oxford University can send researchers back in time for research purposes. An aristocratic woman wants to rebuild Coventry Cathedral as the exact replica before it was demolished in World War 2. The Oxford research team she uses to fulfil this request will have to arrive just after the Blitzkrieg air raids. They never explain what happens to the dog?