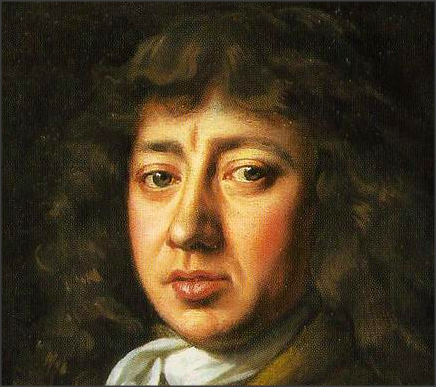 Despite his undoubted standing during the English Restoration, Samuel Pepys’ place in history would have been unremarkable were it not for his private London diaries completed from 1660-1669 and which eventually became public property.

Born in Salisbury Court, Fleet Street in 1633 into a family of MPs and Lord Justices, the privileges of social class ensured he rose quickly through the administrative ranks of the Royal Navy even though he had no maritime experience. However, his ascent to the position of Chief Secretary to the Admiralty and the sweeping changes he introduced were not down to patronage alone. His reforms led to a more fine-tuned and updated Royal Navy during Britain’s emerging dominance of the seas.

Pepys’ accounts were invaluable to historians because he lived through the Great Plague of London, the Second Dutch War, the Great Fire of London, the passing of Oliver Cromwell and the execution of Charles I. With Pepys compiling entries into his diary every day for ten years without fail, his records of the age made him perhaps the greatest diarist of all time and also mark how we take commonplace modern recording devices from mobile phones to video cameras for granted.

Few areas of 17th-century society escaped his scrutiny. Court life, the arts and every private and illicit corner of upper middle-class existence, including his own amorous activities and his stated preference for theatre actresses. It was obvious this diary was not meant for public attention because he tried to obscure details of his many affairs by writing some words and phrases in Italian, Spanish and French and other cryptic methods.

It was his position in England’s tumultuous political life that provided the most extraordinary accounts. Cromwell sought to upend the monarchy and instal a Parliament under his dictatorial stewardship and at first Pepys sided with him but after Cromwell’s death switched to the Royalist cause with the same auspicious sense of timing that had served him well throughout his professional career. Here he could give first-hand eyewitness accounts of the coronation of King Charles II and also personally travelled to the Netherlands with the Earl of Sandwich’s fleet to escort the King from exile.

The diary entries stopped only when his eyesight began to fail. In 1669 they came to an abrupt end apart from a few comments where he considered getting others to continue the diary for him. Concerned about his privacy, these plans came to nothing. Knowing what we all know now he needn’t have been so bashful.

Pepys’ Diary on this day Feb 23rd (1666): ‘Up betimes, and out of doors by 6 of the clock, and walked (W. Howe with me) to my Lord Sandwich’s, who did lie the last night at his house in Lincoln’s Inne Fields. It being fine walking in the morning, and the streets full of people again. There I staid, and the house full of people come to take leave of my Lord, who this day goes out of towne upon his embassy towards Spayne. And I was glad to find Sir W. Coventry to come, though I know it is only a piece of courtshipp. I had much discourse with my Lord, he telling me how fully he leaves the King his friend and the large discourse he had with him the other day.’